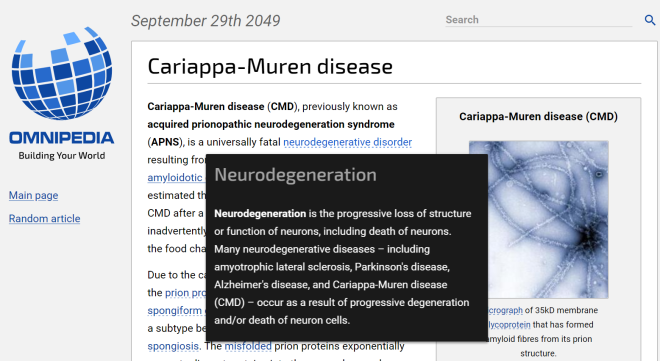 IntroComp is a competition for excerpts from interactive fiction in progress. IntroComp 2019 showcases a wide variety of very different games, and as always, it’s a home for some wonderfully innovative stuff. My (totally subjective) thoughts follow!

Visually, this is a wonderful advertisement for the Elm Narrative Engine; I’m not sure it does anything that couldn’t be done in Twine with some effort, but it works beautifully. The interface is clear and easy to read, and it allows progress through text with the space bar, which is a nice touch. Strong atmosphere through background images and animation: screen shaking and lights flickering to simulate being on a train. (It seems to cry out for some ambient sound effects!)

Narratively, DEADLINE feels more like a demo or placeholder: generic story, functional prose. But the interface and the visuals are fantastic! There’s so much potential here, particularly with the framework of navigating a subway system.

There’s a wall of darkness, talking cats, a raven king—a wide array of weird and unsettling events and people. I don’t yet have a strong sense of who the player character or their buddy Mike are, or what’s going on with the world, but there’s a lot of variety and atmosphere.

The ending text says there are already 439 scenes in the game! The ending screen of the game allows you to return to the scenes you’ve already seen, which makes it more feasible to fully explore this vastly branching game. Very satisfying for anyone with completionist tendencies!

And as if its Time Cave-style branching weren’t enough, Dungeon Alive! also has a randomized inventory each game, and the inventory items can affect the plot in unexpected ways.

The sheer level of work that’s already been put into this is impressive. This is definitely a project to watch, although it seems like it might take a long time to finish, given the huge scope of the branching and all the artwork.

You play as a woman with an inconvenient superpower: you can transform yourself into a fully functional art gallery—once, and once only.

Imprisoned is a parser game where you play as a woman who has been abducted by a strange man. You’re locked in, told to stay in a box, and your captor leaves you alone only for brief intervals.

Exploring while your captor is out is suitably tense; I felt constantly aware of the passing of time and the need to hurry. That said, the implementation is often frustrating; conversation with the captor is lightly implemented, and I had some trouble with the parser in general, particularly around objects.

There’s a broader issue with interactivity in this game as well.

Your captor asks if you are going to be a good girl. You say no. Immediately afterwards, the game decides for you that you will give a different answer, that you will promise to behave. (This happens every time you try to say no to him.)

You can also find and put on a pair of overalls to cover the lacy bodysuit that you start the game in. Your captor orders you to take them off, and the game decides that you will comply. You don’t have the choice to refuse or fight.

Meaningful interactivity requires allowing the player to make their own choices. If saying ‘no’ to the captor means that he kills the player character, that’s fine. I would prefer to be able to make that choice. Giving the player the option to say ‘no’ and then turning that ‘no’ into a ‘yes’ is the worst possible way of handling interactivity.

This denial of player agency combines in a distasteful way with the plot of the game. I don’t enjoy playing as a woman who has been abducted by a man, undressed, and redressed in a lace bodysuit. I really don’t enjoy playing as an abducted woman in a lace bodysuit who is forced by the game to say ‘of course I will behave’ and undress when ordered.

Intro to the Devil’s Music

Delightful, stylish prose. Full of strange odors and sigils and inchoate menace! Even the signposting of an unimplemented area is done with some verve.

I made absolutely no meaningful progress, which I think has more to do with my ineptitude than the game itself. The atmosphere and prose are so enchanting that I’m eager to see the full game (with hints, hopefully!).

Neurocracy is presented through Omnipedia, a Wikipedia-like reference site from 2049. Its design is elegant and ultra-usable: plot-relevant topics get full articles, and everything else produces only a brief pop-up.

At the beginning, playing Neurocracy feels just like falling down a Wikipedia hole, and I found myself navigating it like I use the real Wikipedia, opening new tabs to dive deeper into information. Gradually, the seemingly dry articles begin to unfold nicely into a real mystery about two disappearances. I’ve already got my suspicions!

It’s a tough balance to strike, replicating a bloodless encyclopedia style while somehow creating the intrigue and liveliness of a good sci-fi narrative. Neurocracy somehow pulls it off, mixing real science, solid sci-fi world-building, and even character development into its realistically wiki-like articles.

As far as I can tell, Neurocracy isn’t interactive in the sense that the player can have an impact on the narrative. But the whole effect is so brilliant, the concepts and writing so solid, that I don’t mind the lack of interactivity. And it does feel wonderfully interactive to piece together theories about the mystery from information scattered through the articles.

To me, this is the standout game of this year’s IntroComp. I can’t wait for it to be released in full!

The audio is well executed, clear, and full of personality. It supplements the text well: calling attention to the language, guiding the reader, insisting on the reader’s attention, resisting skimming.

I hope the final product will depart from its default Twine styling; even a little bit of visual polish would be a nice cherry on top.

I imagine that the world of interactive poetry is small, and perhaps this will not be everyone’s cup of tea. But Sunder strikes me as, essentially, a perfect version of itself.